There are all kinds of ways to get people’s attention. Some ways – like lighting something large on fire – will get you noticed faster than others. On the other hand, a subtle, catchy jingle might become a persistent reminder to a listener of your message long after they have stepped away from your commercial. Each approach has its place, and its strengths. Regardless, securing the attention of your audience is the first step, and it should directly relate to the impression that you want to give your audience once they are paying attention.

So, no fires, unless you want your impression to be panic, and then the disapproving stares of firemen. 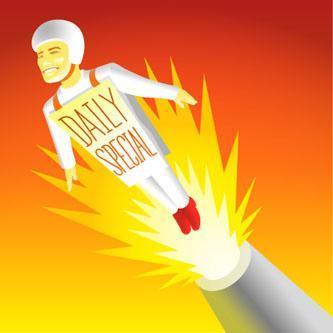 Hyperbole (exaggeration) is a common implement in advertising that can make a fun subject hilarious, or mitigate the seriousness of a difficult issue by growing its effects to ridiculous proportions. When the Gap decided that their stores needed a redesign, they hired acclaimed director Spike Jonze to create a commercial that would make the announcement of the renovation into a spectacle. True to his style, Jonze crafted the spontaneous demolition of a Gap store into a stunt-filled symphony of chaos, punctuated by the soft-spoken request to “Pardon our dust.” Little details – one person uses their teeth to tear a shirt, while a random lumberjack wields a chainsaw on the walls – remind the viewer that this is pure fiction, and prevent the ordeal from looking like a legitimately frightening flash mob looting. 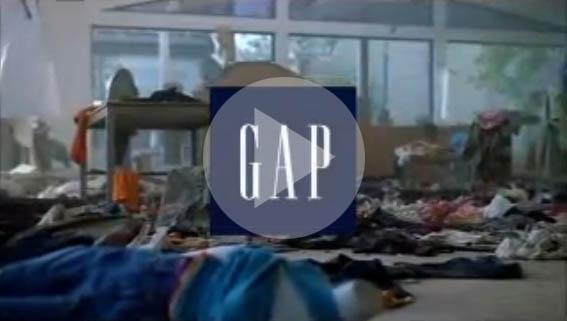 Exaggeration is popular because it invites our imagination to play with the matter at hand. While no amount of hyperbole will make a bad product into a good one, it can heighten the potential excitement or wonder that an audience will associate with a product. In the same way that cheerleaders excite fans during a game, a message that is grand in scale can prompt your audience to feel ‘big’ emotions about your brand. Far from misleading people, we are simply recommending that you get your target market as excited about your business as you are.