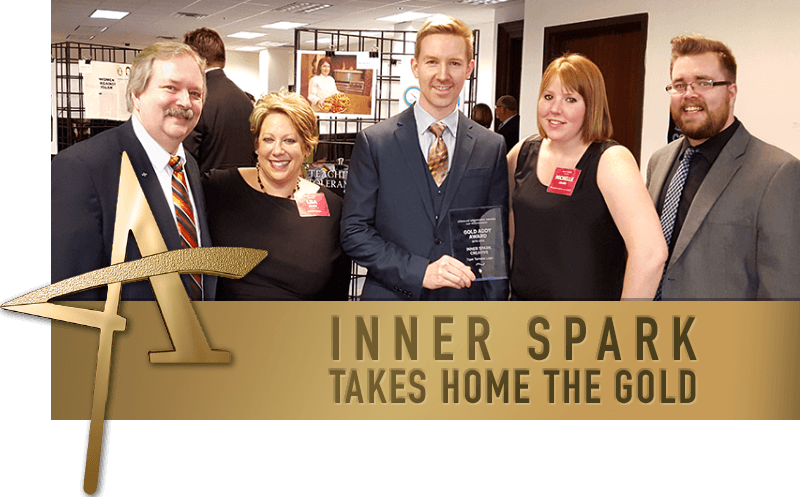 This spring marked an important first for our agency. We were honored as the only agency in the Auburn/Opelika, Alabama area to receive an ADDY award at the 2015-2016 American Advertising Awards. We were presented with a Gold ADDY at the Montgomery-Selma chapter of The American Advertising Federation which also covers the Columbus, Georgia market area.

The American Advertising Awards is an annually held event, and is the industry’s largest advertising competition, receiving over 50,000 entries each year. The competition is first held locally within a chapter which covers specific media markets.

This is exciting for us not only because a Gold ADDY recognizes the highest level of creative excellence in an advertising medium, but because this was our first award won as an agency. Our team as individuals can boast over 40 awards in advertising, photography, and graphic design, at local, regional and even national levels, but this is our first award as a team.

Awards matter in our industry because creativity matters so much to the quality and effectiveness of our work. Properly practiced creativity can make one ad do the work of ten. Because it's not just your message that stirs people - it's the way you say it. You can say the right thing about a product and nobody will listen. It has to be said in a way that consumers will feel it in their gut, because if they don't feel it, nothing will happen.

That's where creative brilliance comes in – it’s a quality that smart businesses should demand. They hire creative agencies because they know that it's not just the number of ads you run, it's the of number impressions you make.

Award shows impact the quality of work for the whole market, because when a small agency has a great showing, the big agencies have to take note. Other small agencies see hope. Everyone goes back to their shops fired up to do great work over good work, which benefits the clients most of all.

Even before the work appears on the big screen, a local awards show has done something meaningful simply by assembling the extended creative community in the same place at the same time. Not just to compete but to share in the joy of creating.

Local ADDY's and similar competitions are usually the first opportunities for young teams to see their work recognized for creative excellence. The chance to compete and be rewarded by top-notch judges is motivating. For young talent, the local shows are stepping stones towards national and international recognition. For students, it also reinforces the joy of creating and the importance of peer recognition.

At Inner Spark we celebrate student talent, which is why it was such a joy and honor for Jarrett, our creative director and previous national ADDY award winner, to be selected by The American Advertising Federation to be a judge for the student competition. The awards won as a student helped Jarrett gain the confidence and direction that led him to co-found this agency. We believe this motivating influence is one of the values of robust competition, and so we look forward to participating in the American Advertising Awards for many years to come.